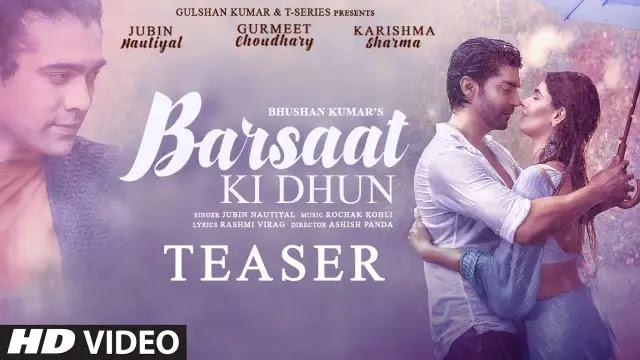 Ashish Panda directed this music featured by Gurmeet Chaudhary, Karishma Sharma, Jubin Nautiyal. Main lead featured by Gurmeet Chaudhary, Karishma Sharma.
Always Jubin gives romantic songs to his fans. I think, This song also is going to be the most romantic song this year. Because of its first line which says “Sun Sun Sun Barsat ki Dhun” and it’s visual also very romantic. It has some scene in the rain where Gurmeet throws up an umbrella then he catches it on Karishma. These scenes also make this song very special.
Watch The Teaser:

Some Recommended songs for you :