Skip to content
Such a bitter truth of India which was kept hidden for 32 years, today it has come in front of everyone in 2022. The name of this film is The Kashmir Files, directed by Vivek Agnihotri. In this film, you will get to see big great actors like Mithun Chakraborty, Anupam Kher, Puneet Issar, Darsan Kumar, and more. 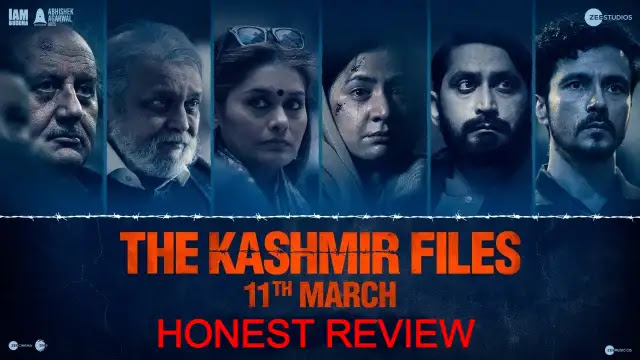 Cast
In this film, Mithun Chakraborty is an IAS officer, Anupam Kher is a Kashmiri Pandit, Punit Issar is a DGP, and Darsan Kumar is a youth leader who is badly confused, brainwashed, and badly affected by Info War(A battle whose weapon is information).
The Kashmir Files Trailer
The Kashmir Files Story
Now let’s talk about this film. The first thing is that this is not a film. These are true incidents that show the incidents of Kashmiri Pandits in 1990. Where this film shows how Pandits were tortured, massacred, raped. This film shows how Hindus(Pandits) were driven out from Swargpuri(Heaven) Kashmir. If you are a true Indian, if you are against terrorists, if you are against terrorism, then definitely watch this film. Such a film has never come up in Bollywood before today. This is not a fairy tale. This movie is completely true with facts along with raw materials.
The Kashmir Files Moral
It has a Sikh(learning material) that we youth are misguided with so much wrong information. we are easily brainwashed by baseless stories. It shows how youth kept away from the truth. But now in this digital age, in the age of the internet, any truth can be found. Information is king in this infowar. So seek the truth, speak the truth.
Opinion:
I think that this film should be seen by everyone because it can change your life, can wake you up from the inside. In the end, I will say, book tickets now and go to the cinema house to see the film.
Other Opinions:

#OneWordReview…#TheKashmirFiles: BRILLIANT.
Rating: ⭐️⭐⭐️⭐️½#TheKashmirFiles is the most powerful film on #Kashmir and the genocide and exodus of #KashmiriPandits… Hard-hitting, blunt, brutally honest… JUST DON’T MISS IT. #TheKashmirFilesReview pic.twitter.com/FPnw7OidMK

#WATCH | At BJP Parliamentary Party meet, PM speaks on role of film industry in presenting history. He also mentions ‘The Kashmir Files’; says “People who always raise flag of freedom of expression are restless. Instead of reviewing on facts, campaign being run to discredit it..” pic.twitter.com/mq8iqA6Ajk

Presenting #TheKashmirFiles
It’s your film now. If the film touches your heart, I’d request you to raise your voice for the #RightToJustice and heal the victims of Kashmir Genocide.@vivekagnihotri @AnupamPKher @AdityaRajKaul pic.twitter.com/Gnwg0wlPKU

The Kashmir Files depicts the truth about the brutal exodus of Kashmiri Pandits that took place 32 years ago in the valley. Even after 32 years of exodus, the wounds of the deadly genocide are still afresh.
Don’t miss out on this,watch this movie in theatres.