Skip to content
New song teaser dropped on T-series from movie Bhuj: The Pride Of India. The song is Zaalima Coca Cola which is the second song from this movie, released by the team. The song is sung by Shreya Ghoshal, music by Tanishk Bagchi, and the lyrics are penned by Vayu. 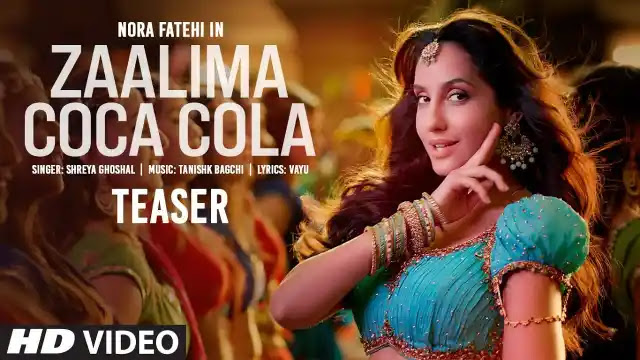 In this song, Nora Fatehi performs in a group. But she inebriates the floor with her amazing dance steps, you can’t move off your eye from her. This a one of the most viewed party song teaser this year. it got 8.3 million views on youtube and it trends on 13. Full song will release on 24th July.
Watch The Trailer: